With the transition to modern closed system pressurized piped irrigation, transmission losses are minimized, providing 35 percent water savings in sprinkler irrigation and 65 percent in drip irrigation. This year, 51 dams, 39 ponds and bents will be completed, and the number of storage will reach 1617 and the storage capacity will reach 180 billion cubic meters. 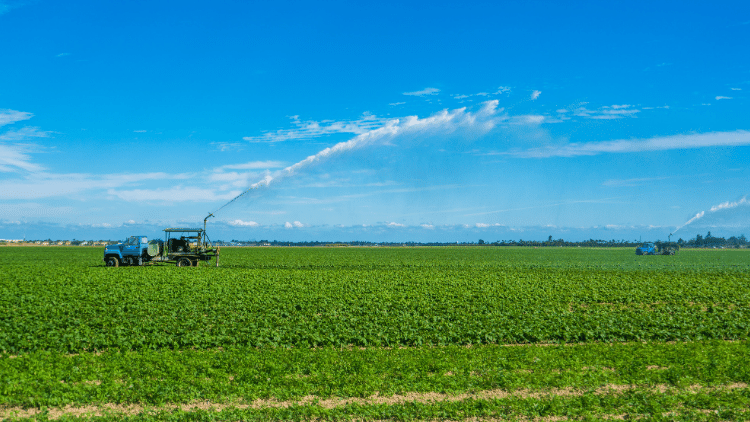 The Ministry of Agriculture and Forestry aims to increase the use of modern irrigation systems, which reach 29 percent in agricultural irrigation, to 94 percent with the completion of ongoing projects.

After President Recep Tayyip Erdoğan stated that water losses would be reduced by giving priority to pressurized irrigation systems, eyes focused on investments in this field. According to the information obtained from the
General Directorate of State Hydraulic Works (DSI) under the Ministry of Agriculture and Forestry, approximately 255 billion lira of water investment has been made in the last 18 years and 8 thousand 695 facilities have been put
into service.

With the "Groundwater Artificial Feeding and Underground Dams Action Plan" prepared by the Ministry, more than 100 underground dams will be built by 2023 in order to contribute to the water reserves of the country
located in a semi-arid geography.

Irrigation Networks Are Also Being Modernized

44 billion cubic meters, which corresponds to 74 percent of the water consumed in Turkey, are used in the agricultural sector. Beginning in the early 2000s, a breakthrough was made towards the popularization of modern irrigation systems, which greatly saved money. As a result of the studies, modern irrigation systems were increased from 6 percent in agricultural irrigation to 29 percent. This rate will increase to 94 percent when the projects under construction are completed.

With the transition to modern closed system pressurized piped irrigation, transmission losses are minimized, providing 35 percent water savings in sprinkler irrigation and 65 percent in drip irrigation. On the other
hand, existing conventional irrigation systems and irrigation networks in the country are also modernized and transformed into sprinkler and drip irrigation.