Yıldız Topçu from the Aliağa district of İzmir, who produces hackberry oil, wants her new products to take place on the supermarket helves. Yıldız Topçu states “I wanted to do a lot of things when I was young, but my limited possibilities did not allow me to achieve them. Then I came across such an opportunity. My goal was to touch the lives of students and women from the surrounding villages. I really touched the lives of women. I set out on this path with no hope but have succeeded. I advise women not to stay at home.” 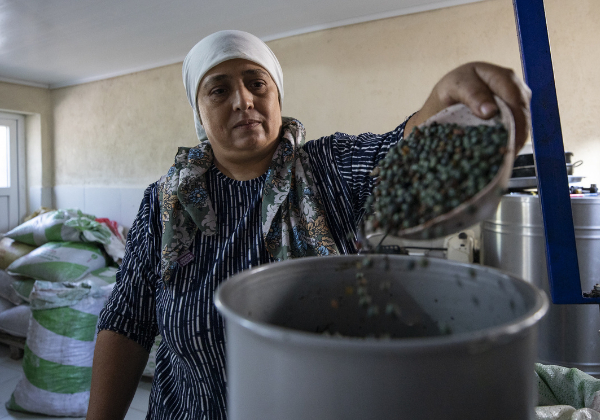 The 49-year-old female entrepreneur from the Aliağa district of İzmir, who turned the barn of her house into a workshop with the support she received from the Turkish state, sends the hackberry oil produced by cold pressing method to every region of Turkey.

Yıldız Topçu, married with two children and living in Hacıömerli District, has contributed to the family economy by selling her home-made bread for years. 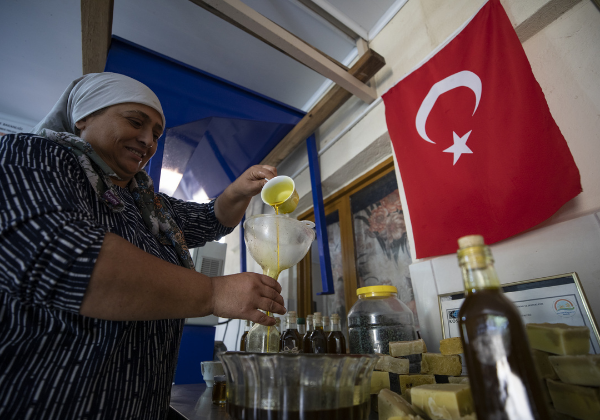 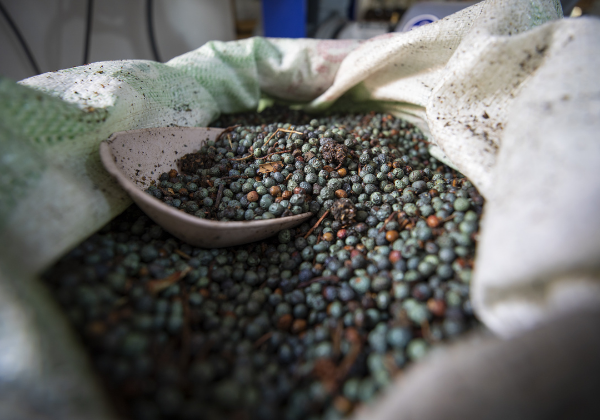 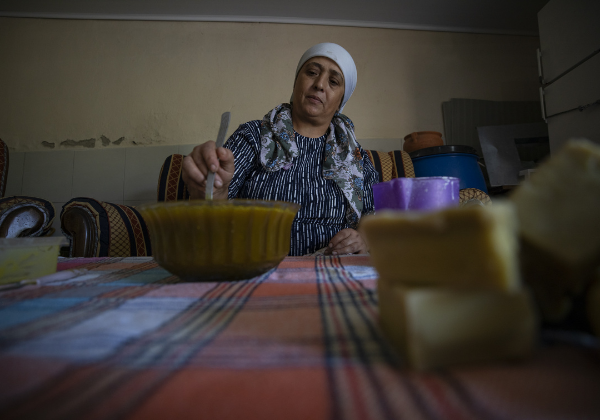 With the dream of running a business in which she can earn more, Topçu applied to the “Program for Supporting Women Entrepreneurship in Rural Areas” funded by the Ministry of Agriculture and Forestry. Topçu, who came first among 133 female entrepreneurs with her project named “Keeping the Hackberry Alive from Past to Present”, was entitled to receive a grant of 20 thousand Turkish liras in 2014.

She wants her products to be on the supermarket shelves

Adding her savings to the grant she received, Topçu redesigned the barn of her house to produce hackberry oil. Having obtained necessary machinery and equipment, Topçu produced her first hackberry oil in 2015 and sold it to her neighbours. Then she started to send the oil she produced to various cities such as Istanbul, Ankara, and Antalya.

Starting to produce coffee and soap from hackberry, Topçu dreams of becoming a brand and taking place on the supermarket shelves. 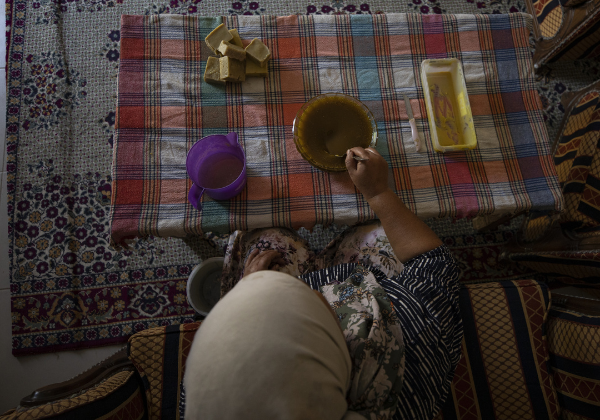 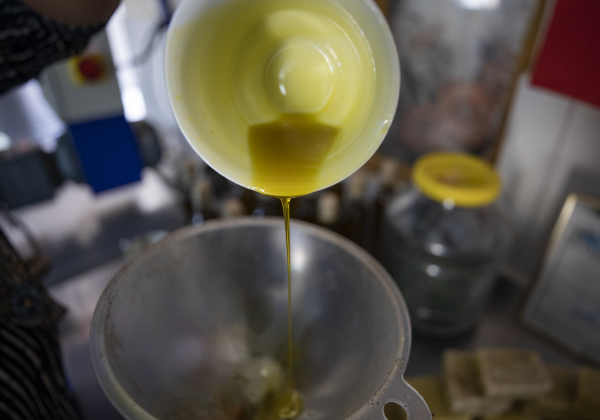 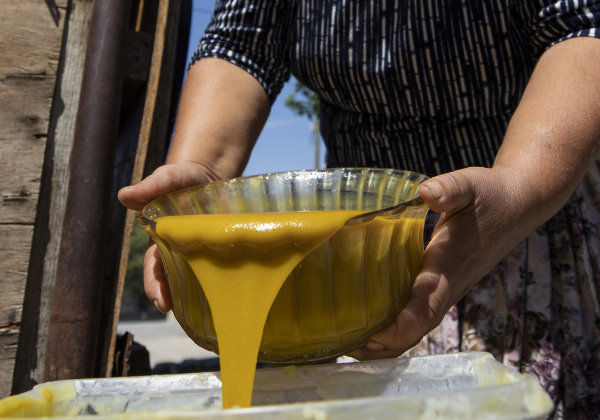 Yıldız Topçu said that she has already made great progress in the production of hackberry oil. Topçu continued as follows:

“It was the profession of my husband’s grandfathers... In the past, hackberry oil was also used in cooking. Our grandfathers used to roast hackberries, then crush them in a stone mill, put them in some sacks from goat hair, and squeeze it to get its oil. Now I use it while making fries or preparing vegetable dishes—sometimes, I use only hackberry oil, and sometimes I mix it with olive oil. We send our oil to those who contact us. My dream is to become a brand and export our oil abroad as well.”

Telling that she mostly prefers green hackberry, Topçu said, “I contact the women who pick it. The picking process is like that of olives. After picking, it is spread, dried, and washed. They spread it out again and dry it one more time. Last year I bought 600 kilos of hackberry. We get 1 kilo of oil from 5 kilos of hackberry.”

“I wanted to do a lot of things when I was young, but my limited possibilities did not allow me to achieve them. Then I came across such an opportunity. My goal was to touch the lives of students and women from the surrounding villages. I really touched the lives of women. They pick the hackberries, dry them, sell them to me, and earn money. I set out on this path with no hope but have succeeded. I advise women not to stay at home as our state offers many opportunities for them such as funds and trainings.”

Aliağa District Agriculture Director Selim Aksakal states that they support female entrepreneurs in the district and underlines that they have many projects for women living in rural areas in İzmir.