Technological advancements provide a number of opportunities to increase efficiency in the agricultural sector. One of the most attention-grabbing among these possibilities is the vertical farming practices, which have been becoming increasingly more popular. 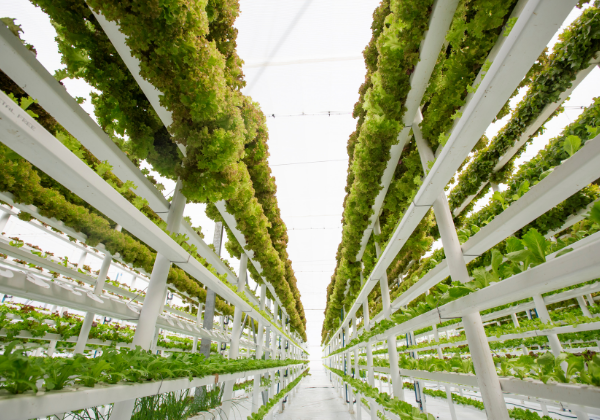 Shining out as an agricultural production method that can be less affected by factors such as geographical features, climate conditions, and soil structure, vertical farming can be defined as a type of agricultural production performed on layers that are placed vertically. These layers can be built in any area that allows them to be organised in vertical direction – for instance, they can be arrayed on the exterior of a building or placed on pipes inside a warehouse. Vertical farming, which aims to attain maximum efficiency per unit area, considerably decreases the need for arable land.

Vertical farming and a controlled environment

It is possible to name many types of vertical farming practices. Although there are examples where production is performed by filling vertical pipes with soil, vertical farming is widely done without soil. It is a natural requirement for soilless agriculture to have a controlled cultivation environment, which is why vertical farms usually adopt controlled-environment agriculture (CEA) practices. CEA is based on the principle of providing a controlled environment in order to create the optimal growth conditions for the plant that is cultivated. It is aimed to procure the conditions for creating the optimal environment from which the plant can acquire maximum efficiency. CEA is implemented in a large majority of vertical farms so that all of the environmental factors which can affect the plant’s development, such as water, moisture, temperature, and light are kept under control. In these vertical farms, the ideal climate for the plant can be procured thanks to advanced lighting and ventilation systems – that is, the influence of weather and climate conditions on the plant is minimised. 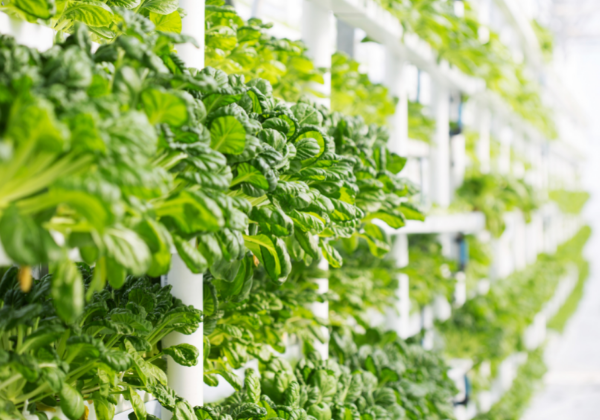 The most widely-used systems in vertical farms are hydroponic systems, where plants are cultivated in water. In vertical hydroponic farms, a liquid that contains various elements, minerals, and nutrients is circulated through vertical pipes, and the plants are arrayed with their roots set inside this liquid. Materials including sand, gravel, or sawdust can be employed so as to hold up the roots.

There also exist farms where hydroponic cultivation is combined with aquaculture. In these farms, which are called aquaponic farms, it is aimed to mimic the natural cycle: Fish are bred in water tanks and the water inside the tanks are used as the main element of the agricultural production. Since the water that contains aquatic organisms is highly rich in nutrients, it functions as a nutrient. Before it meets the plant, the water is passed through a biological filter, which boosts its nutritive function. After being absorbed by plants, the water is fed back to the tank by a recycling mechanism. The cycle is thus complete. That there are fish tanks inside the system also increases efficiency from the aspects of thermal insulation and energy saving.

Another method that can be employed in vertical farming is the aeroponics. Adopted by a limited number of farms for now, these systems aim to cultivate plants by adding the nutrients to the air in the environment. Production in aeroponic systems is performed by pumping a solution rich in nutrients to the layers where the plants’ roots lie, without the need for a liquid environment such as water or a solid environment such as soil. Vertical farms that operate on an aeroponic system do not have problems stemming from over-irrigation since the excess of liquid is drained downwards due to gravity.

As an approach that promises so much efficiency and sustainability to surpass traditional agricultural methods, vertical farming draws more and more attention with each passing day. Regardless of the system they employ, vertical farms have the great advantage of using sources such as water and fertiliser efficiently, can be built close to city centres since they do not require arable land, and may decrease the carbon footprint in the process of transporting the products to cities. Moreover, they minimise the pest issues as they offer the opportunity of soilless agriculture. Thanks to the fact that they can operate in integration with smart agricultural applications, they also enable harvest with minimum loss.

Considering all of the advantages mentioned above, one can expect that vertical farms will have a larger ground in the future.